Again: Veit Hornung and Christoph Klein are rated among the most influential researchers

Fifteen LMU scientists and academics are among the most influential authors in their specific fields, as the publication of the list of highly cited researchers 2022 shows. This ranking lists those researchers in the fields of the Natural Sciences, Social Sciences and Medicine whose publications are most frequently cited worldwide.

The analysis divides publications into 21 fields and one interdisciplinary category and assigns the cited researchers to these rubrics accordingly. 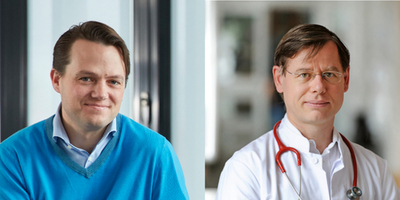 About the ranking
The list of Highly Cited Researchers 2022 comprises some 7,200 academics and scientists in total. It is issued by the American company Clarivate Analytics. Analysis is based on the so-called Web of Science, which tabulates all citations in research publications. The more frequently a researcher’s publications are cited, the higher the significance and quality of the research are ranked. All research articles published over the past eleven years are included in the analysis. For the current list, publications from the period 2011 to 2021 were taken into account. However, the final evaluation is based solely on publications that are among the top one percent with the most citations in the 21 specialist fields and the interdisciplinary category (highly cited papers). More