In higher organisms, detection of DNA in the cytoplasm triggers an immune reaction. The enzyme that senses ‘misplaced’ DNA is also found in the nucleus, but nuclear DNA has no such effect. Gene Center researchers now report why that is so.

The bulk of the DNA in the cells of higher organisms is confined to the nucleus, while all other organellar DNAs are restricted to defined intracellular compartments in the cytoplasm. The appearance of DNA in the soluble phase of the cytoplasm is therefore interpreted by the innate immune system as signaling the presence of intracellular pathogens – usually bacteria or viruses, although tumor cells and senescent cells can also release nuclear or mitochondrial DNA into the cytosol. Misplaced DNAs – whether nuclear, mitochondrial or extracellular in origin – elicit a strong immune reaction, which is initiated by the enzyme cGAS. Researchers had long assumed that cGAS is itself localized exclusively in the cytosol. However, recent studies have shown that the protein is in fact preferentially found in the cell nucleus. This finding naturally raises the question of what prevents cGAS from binding to nuclear DNA and triggering an autoimmune reaction. 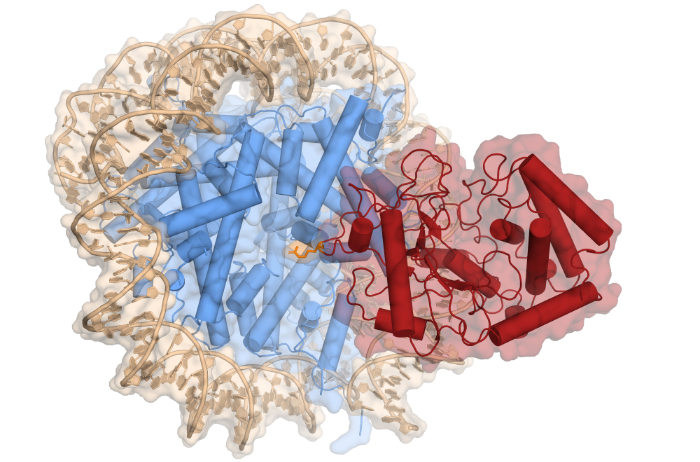 Now a team of scientists in LMU’s Gene Center, led by Professor Karl-Peter Hopfner, in collaboration with Professor Veit Hornung and his colleagues, has shown that the nature of the interaction of cGAS with the chromosomal DNA in the nucleus explains why the interaction fails to activate the innate immune system. The new findings appear in the leading journal Nature.