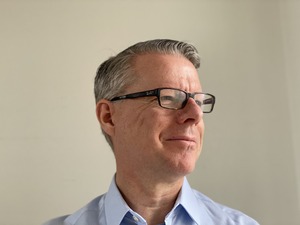 Roland Beckmann is one of the 2020 ERC advanced grantees

Structural biologist Roland Beckmann  is a specialist in the field of cryo-electron microscopy. This technique permits the three-dimensional configuration of biomolecular complexes to be determined at atomic scales. Beckmann’s major interest is in the structure and function of ribosomes – the subcellular organelles responsible for the synthesis of proteins. By visualizing the fragile architecture of these molecular machines, one can trace the conformational changes that mediate the various steps involved in the production of proteins.

The goal of his new ERC project is to understand how the ribosomes in human cells are put together. This is a very complicated process. Ribosomes are made up of many individual components, and their construction requires the intervention of over 200 biogenesis factors. The latter ensure that these components are correctly folded and inserted into the growing organelle in the right order. A better understanding of the assembly process is vital, since errors in their assembly can lead a wide range of serious diseases, including skeletal abnormalities and a predisposition to develop tumors.

Up to now, ribosomal biogenesis has predominantly been studied in simple organisms such as baker’s yeast, whose ribosomes differ in a number of important respects from those of mammals. Beckmann’s aim is to compile a complete catalog of the structural entities required for ribosomal biogenesis in humans, and to characterize their individual roles in the process. In addition, he plans to clarify how the normal assembly process is disrupted in various disease models. “The insights gained during the project will greatly enhance our knowledge of ribosomal biogenesis in human cells, and help us to gain a better understanding of ribosome-associated disorders,” he says.

Roland Beckmann studied Biochemistry at the Free University of Berlin, obtaining his PhD in 1995. Following a spell at Rockefeller University in New York, he returned to Berlin to assume the leadership of a research group (financed by the Volkswagen Foundation) in the Charité Hospital, which is part of the Humboldt University. He was appointed to his present position at LMU in 2006. Roland Beckmann received an ERC advanced grant already in 2012.